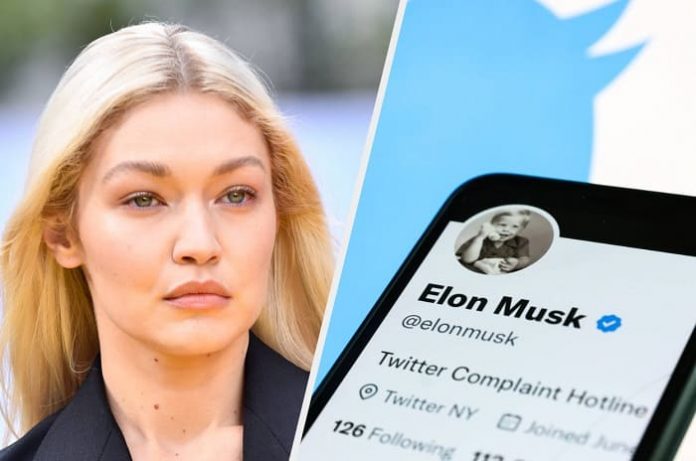 Gigi Hadid is amongst many celebrities who aren’t happy with Elon Musk taking over Twitter. Amongst the first few things that happened in his leadership was the return of Former US president, Donald Trump. And of course, that left many infuriated. The supermodel has now quit the micro-blogging platform and apologized to her fans. Scroll below to know why Bella Hadid quits Twitter.

Previously, Bridgerton producer Shonda Rhimes had expressed her disappointment and declared that she will not “hang around for whatever Elon has planned.” Singer Toni Braxton, George Takei, Josh Gad, and Rob Reiner are among other celebrities who spoke up against the new leadership. There also remain rumours that Amber Heard quit the platform because of her ex-boyfriend Musk.

Amidst it all, Gigi Hadid took to her Instagram story and went quite unfiltered with her thoughts. She wrote after deactivating her Twitter profile, “For a long time, but especially with its new leadership, it’s becoming more and more of a cesspool of hate & bigotry, and its [sic] not a place I want to be a part [sic] of.” 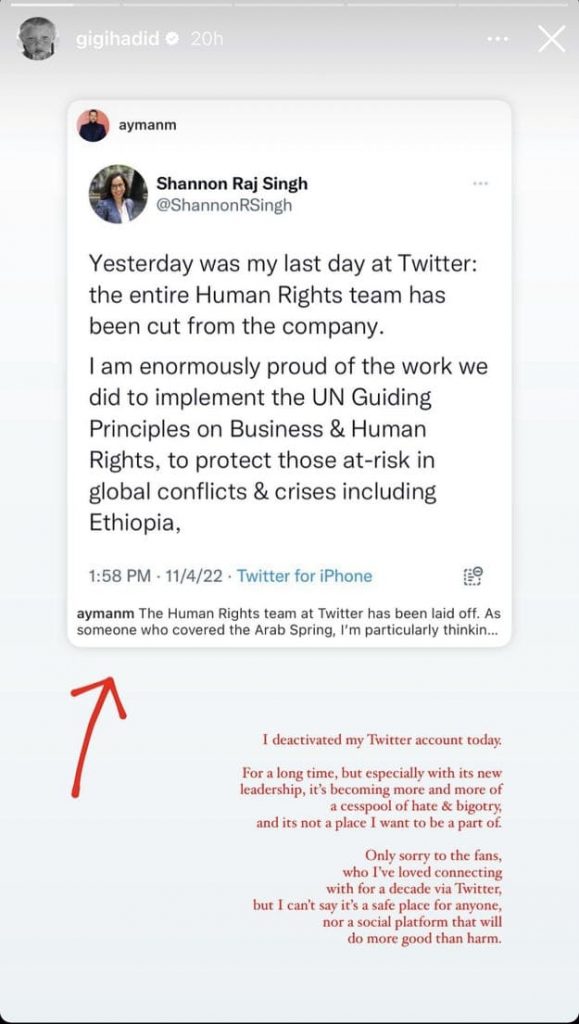 Gigi Hadid also apologized to her fans as she continued, “I can’t stay it’s a safe place for anyone, nor a social platform that will do more good than harm.”

Only time will tell what Twitter would eventually turn into as Elon Musk promises fans that a lot more is coming. He has been repeatedly speaking of an $8/ month for verified accounts to continue having the blue tick. The Tesla creator has also promised fewer ads with this new subscription plan.

On the personal front, Gigi Hadid is rumoured to be dating Leonardo DiCaprio. She split with long-time boyfriend Zayn Malik after he had an altercation with her mother Yolanda Hadid. The ex-couple shares a daughter, Khai.

‘Wanna Have a Good Time’ Season 2