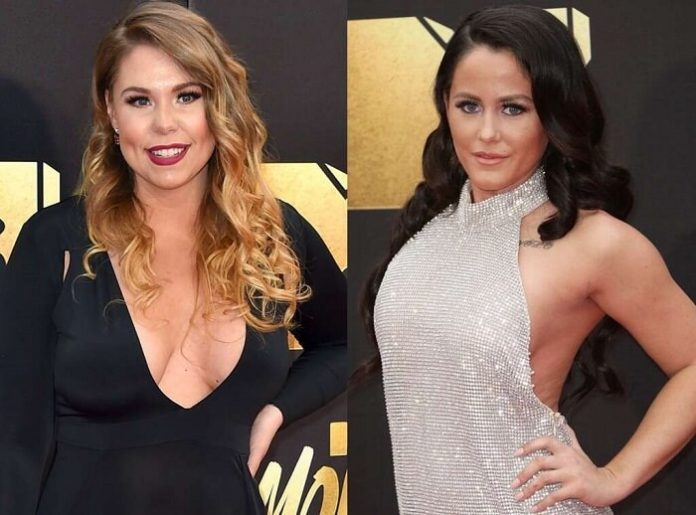 Once, the dispute between Jenelle Evans and Kailyn Lowry was the most interesting thing in the entire Teen Mom universe. Of course, Lowry remained consistent in most of her interactions with her former co-star – and Evans did the exact opposite. Jenelle, of course, is a full-blown psychopath, so when Kailyn sent her a peace-offering gift and Jenelle set it on fire, it didn’t come as much of a trauma. Here is the full story of Kailyn Lowry being body-shamed by David Eason.

Nowadays, Kailyn is still a hit as a reality star, bestselling author, podcast host, and entrepreneur. On the other hand, Jenelle is reportedly collapsed after being fired from Teen Mom 2 and failing to build a second career for herself as an influencer. And what about Jenelle’s loser husband, David Eason? 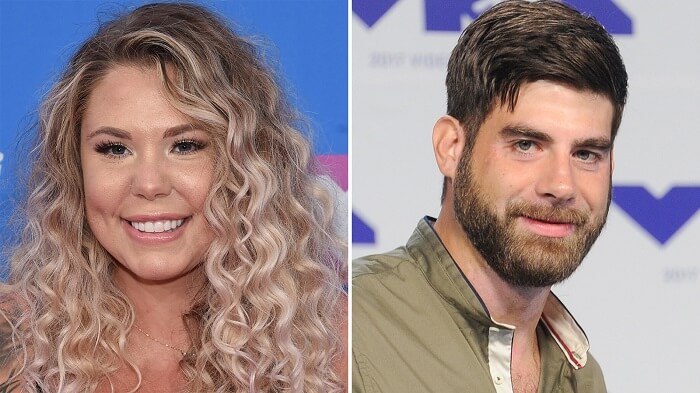 Well, he’s as racist and incompetent as ever, and it’s looking more and more like the dispute with Kail was the highlight of his wretched life. Jenelle was the breadwinner for most of her marriage, and David has never really done much to play his role. 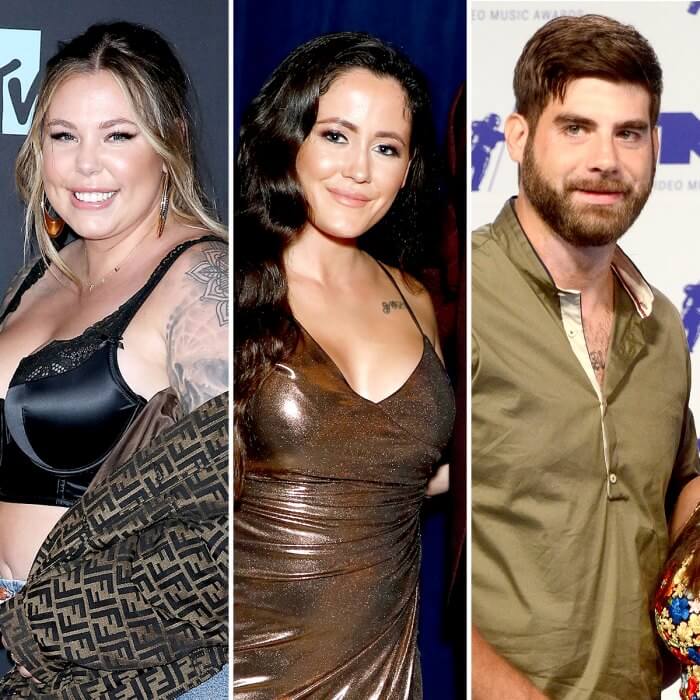 So when the Eason found an excuse to be of some service by despoiling Kailyn, you better understand he took full advantage.

Possibly most notable was the conflict in which Kail instructed David not to “come for [her] body.”

Eason, of course, saw this opportunity for further bullying and grabbed it instantly: 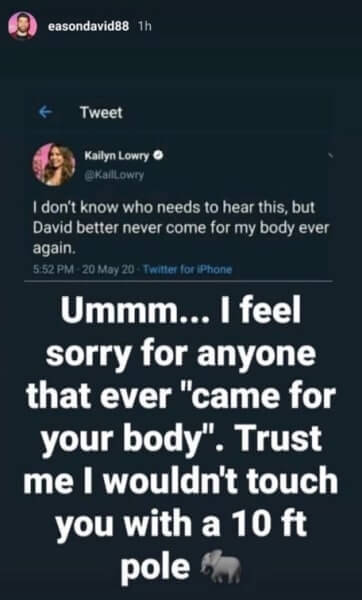 “Ummm…I feel sorry for anyone who ever ‘came for your body,'” he wrote on Instagram.

“Trust me I wouldn’t touch you with a 10 ft. pole,” he continued, adding an elephant emoji in case anyone missed his meaning.

Jenelle was quiet at the time, no doubt looking on with pride as her silly partner went after her greatest opponent. 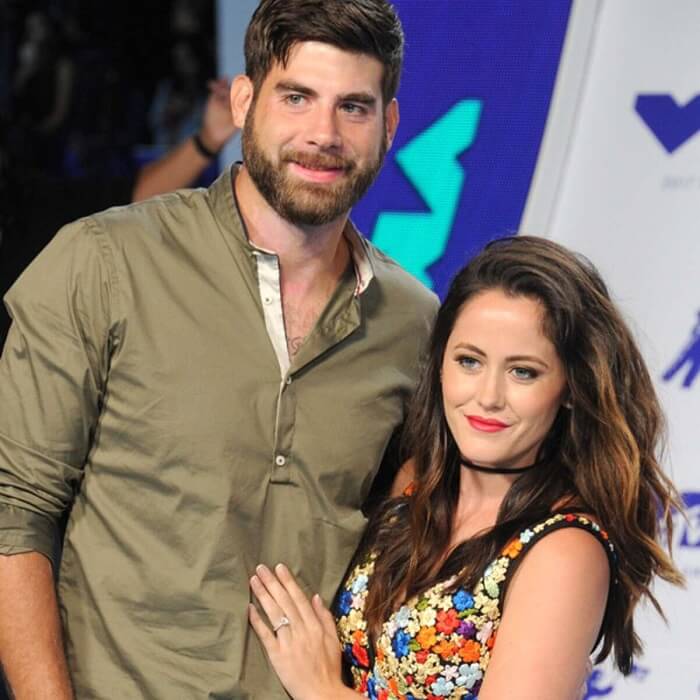 But now that she’s trying frantically to restore her reputation. She said:

“I feel like David and Kailyn went at each other a lot. So, I think it was more like David wasn’t trying to say anything about her image, but more hurt her feelings at that time.”

“He was trying to say something to hurt her feelings because she was doing the same through her podcast,” she added. 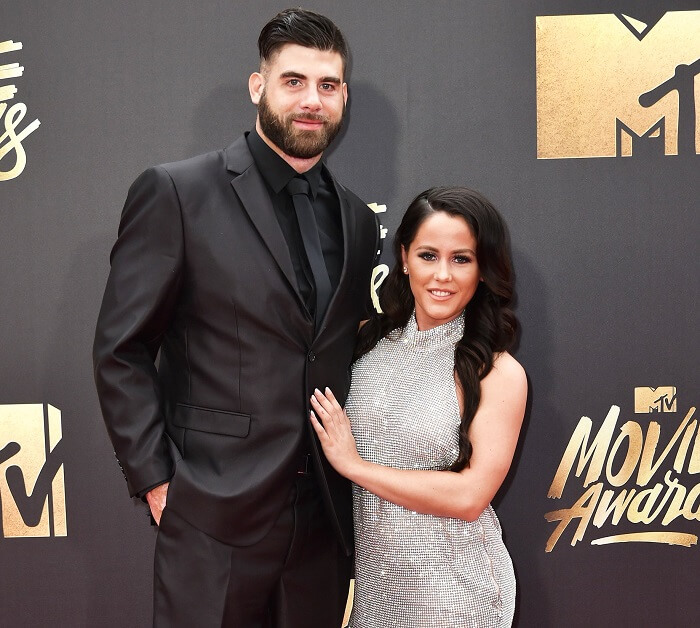 As of now, Jenelle still hasn’t apologized to Kailyn, and we’re certain she has no intention of doing so.