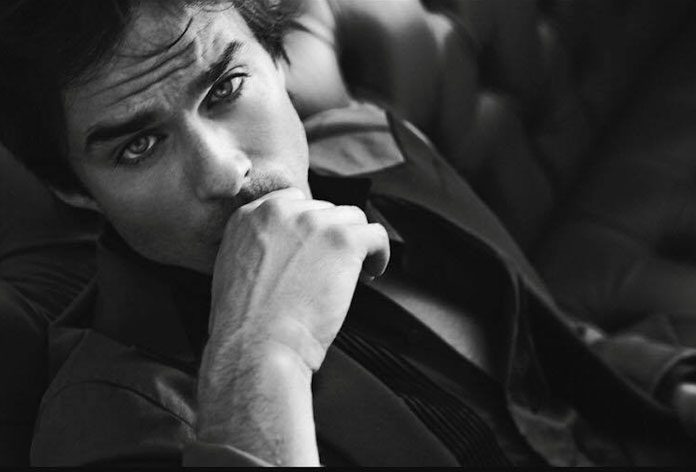 Blue eyes and a knife-edge jawline with a charming smile to sweep any girl off her feet. Of course, we are talking about Ian Somerhalder! The actor is one of the leads of the television series, Vampire Diaries and has gained countless fans ever since. With girls drooling over his charming personality and charismatic looks, he has won the hearts of many through his acting skills and the ability to swoon women.

Not Done With Vampires Yet

Now his show Vampire diaries may have ended last year, but the actor doesn’t seem to be done with Vampires yet. He is to star in another vampire-related show called V wars, that will be released on Netflix soon.

The show is an adaptation of a book written by New York Times best-selling author Jonathan Maberry, and fans cannot wait to see him set the show on fire with his killer looks. The show will air on Netflix with ten episodes.

Ian’s New Role In The Series

Ian Somerhalder will be playing the role of Dr.Luther Swann, whose friend turns into a man-eating predator, that is, in comic terms, a vampire. What could give more joy than seeing the actor play the role of a hot and sensual doctor saving the world? And well, for once we will see him in his human form on the TV show, without any gore and bloodsucking! The public is going crazy after the announcement of the new show, and we are holding our seats and patience to see what’s coming up in store!

The cast of the show will include Laura Vandervoort, Kyle Breitkopf, Kimberly-Sue Murray, Adrian Holmes, Jacky Lai, and Peter Outerbridge. Fans from all over the world are eager to watch their favorite character star in a whole new type of drama that has some major blood sucking wars and save-the-world vibes!

The star posted a picture of himself in a doctor’s attire with bloody knuckles and captioned it: “Here he is… @drlutherswannofficial aka Dr. Luther Swann. Would you trust this man?” For all we know, he is going to use his charm and intellect in the show to bring peace among the two communities- vampires and humans. The storyline seems to be interesting and promises to grip the minds and interest of people all through the ten episodes.

Katrina Kaif Calls Her Breakup with Ranbir Kapoor ‘A Blessing’