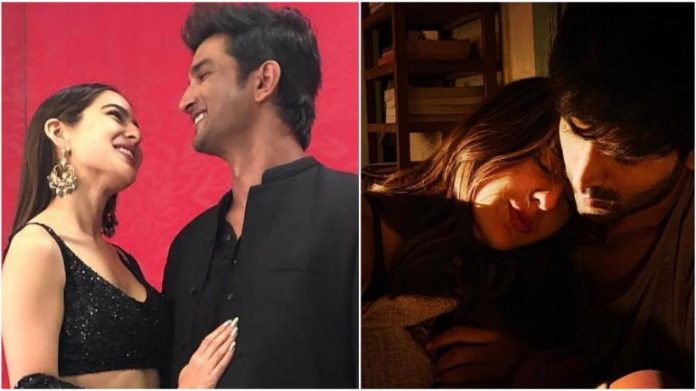 Never sate you first hero was advised by Sara Ali Khan’s step mother Kareena Kapoor in talk show. All that happened when there were rumors of Sara and Sushant dating were rife last year. Moreover, during that time Sara had also confessed on having a crush for another actor on a talk show. The latest news is that Sushant Singh Rajput unfollows Sara Ali Khan on Instagram. According to many reports the cause is simple, the actor Kartik Aaryan.

Well it not revealed quite seriously why Sushant Singh Rajput unfollows Sara Ali Khan on Instagram, as Sara Ali Khan as debuted her film career with him in film Kedarnath. It was reported that Sara and Sushant were enjoying a good time and were dating as well. As it is also rumored that Sara Ali Khan misses her flight because of Sushant s celebrating his birthday and he wanted her to be on his side. During the promotions of Kedarnath, rumors started doing the rounds that the young gun and Sushant may be romantically involved. 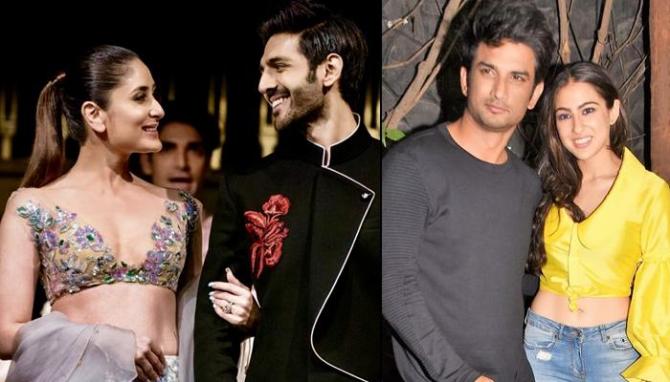 The question arises when and why did it happened. However, recently he made an appearance on Instagram again on the event of Holi and posted a picture of himself. Sushant also changed his bio, “Sufficient cause.” Earlier it was reported that the actor had also deleted all his pictures from Instagram and his bio read, “Not here right now”. 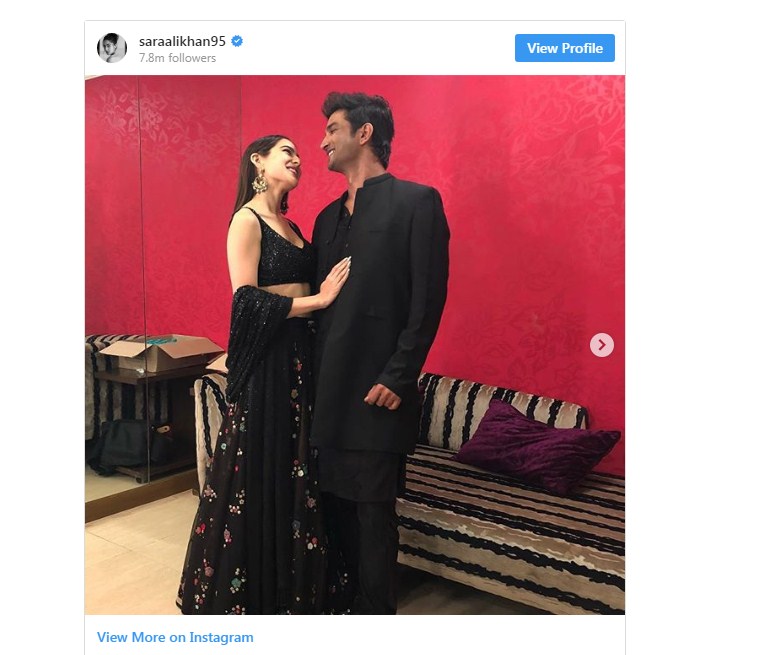 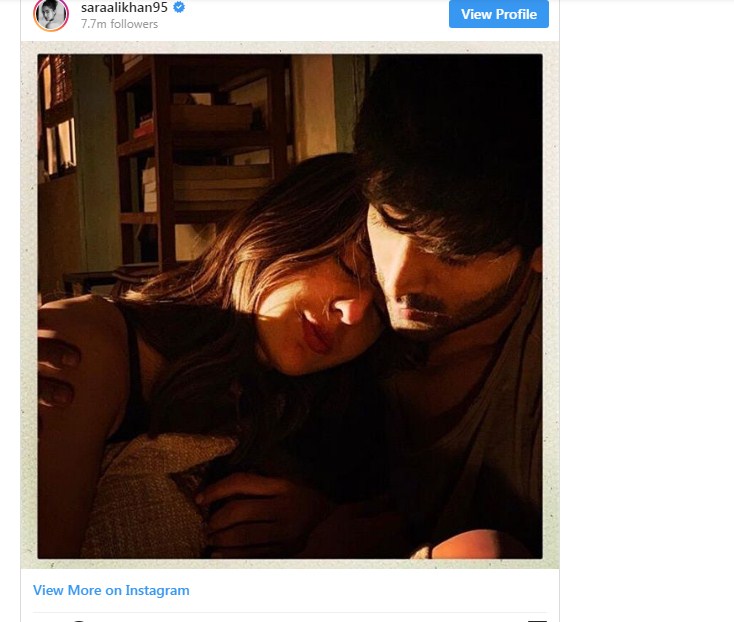 On the other hand, Sara Ali Khan still follows the actor. All is happened when in a show Sara Ali Khan revealed that she has a crush with Kartik Aaryan and wanted to date him. After that, in an event Ranveer Singh try to do the job by introducing them.

Not only that he introduced him but vacant his seat and allows Kartik to sit with Sara Ali Khan. And from the pictures it was clearly seen that both were blushing. After that, there were a leaked video, which shows Kartik and Sara Ali Khan is kissing each other as well. So, the closeness between them is hurting Sushant Singh and this may the reason to unfollows her from his Instagram account. 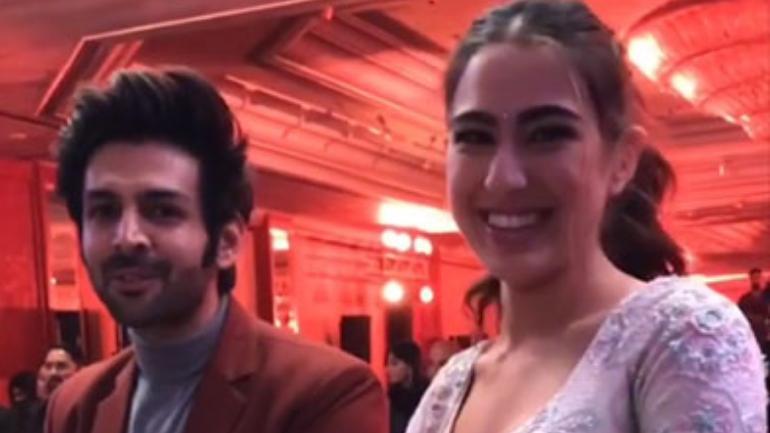 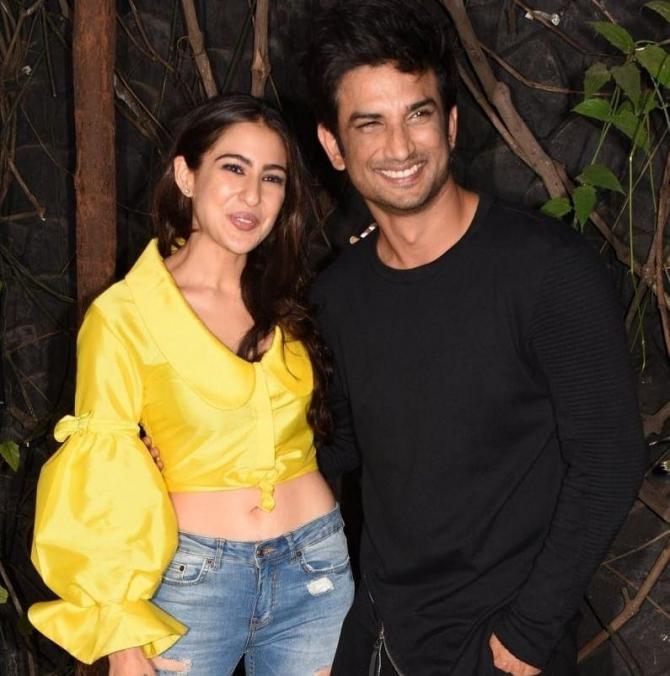 On work front, both Sara Ali Khan and Kartik Aaryan are pairing in Imtiaz Ali’s film Love Aaj kal 2. And many fans are rejoiced to see the couple together in a romantic film. 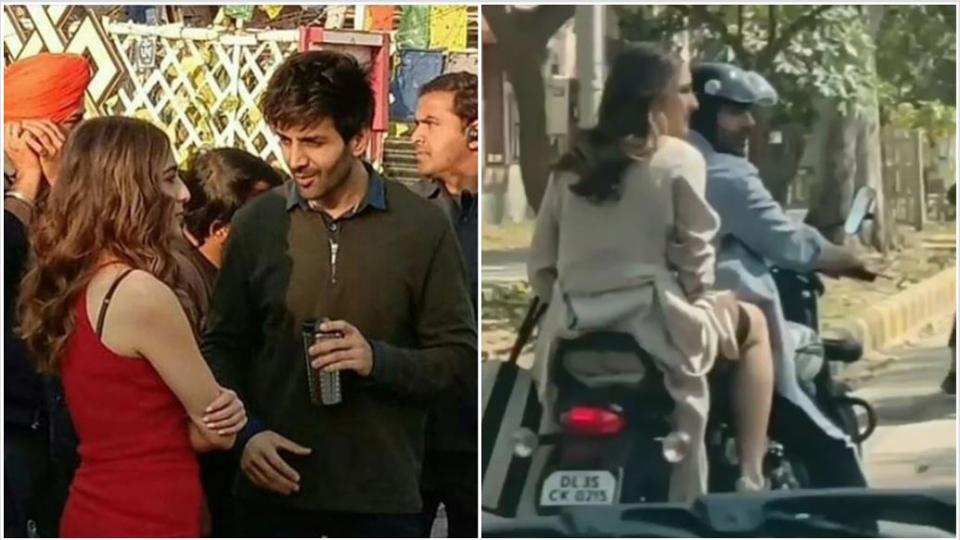