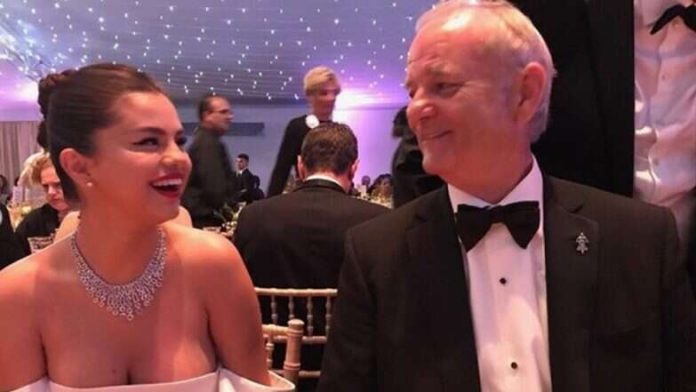 Many stars debut at the Cannes 2019. This included Selena Gomez. The singer made a stunning appearance wearing a white outfit for her debut. Selena walked the Cannes 2019 red carpet to promote her upcoming zombie movie The Dead Don’t Die. While the cameras gave us a good look at her chic style, photos from the event also showed Selena bond with co-star Bill Murray.Besides that, there is conspiracy theory, is Selena Gomez is going to married the actor.

Moreover, the singer said, “My first time in Cannes! I’m so honored to have been a part of this movie with [writer/director] Jim [Jarmusch] and the whole cast,” she gushed, before quipping about Murray himself. She shared a series of photos from her day out on the red carpet and bonding with Murray to elaborate her experience on attending the Cannes. 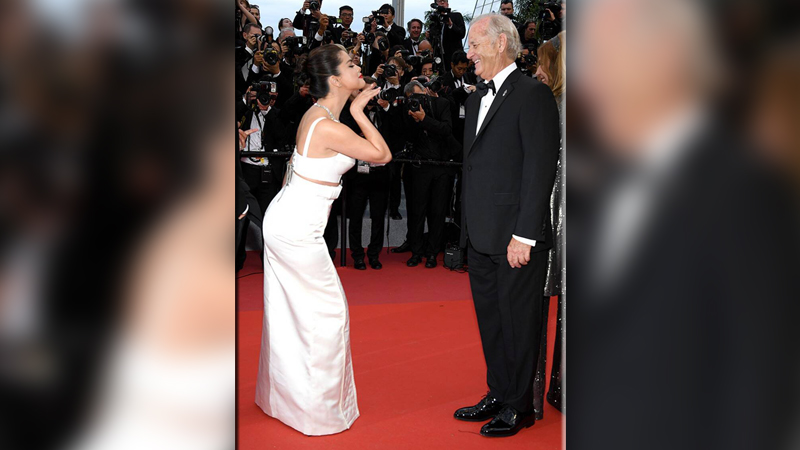 Is Selena Gomez is getting married

As per reports, both enjoyed the festival. In between the moments, there was a moment where Bill is seen whispering into Selena’s ears. The moment went viral and everyone was eager to find out what he told Selena on the red carpet. While we are still unaware of their conversation, we know that they get along. They get along so well that Selena went on Instagram to proclaim that she is getting married to Murray. 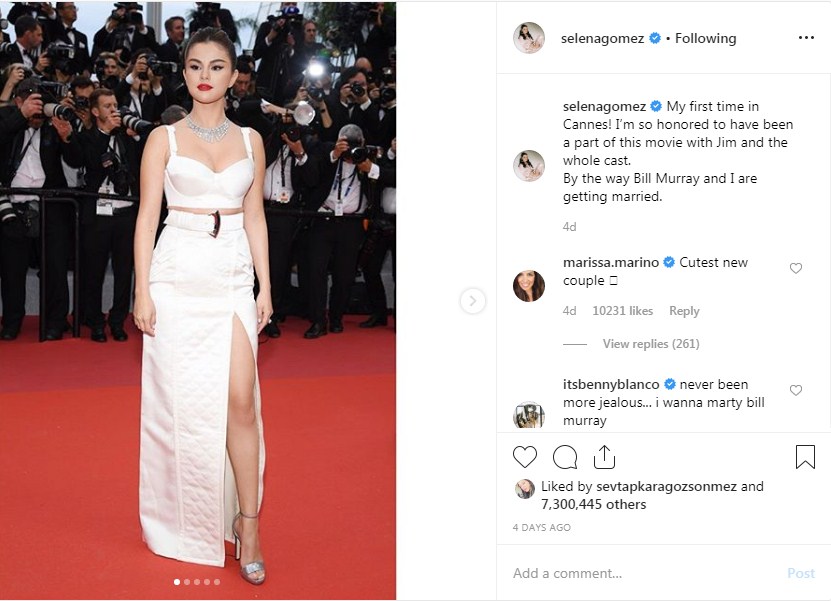 It is an open secret that Selena Gomez had been taking mental health treatment after the marriage of her long term ex-boyfriend Justin Bieber. But apparently, reports suggest that she is joking about it. This was a small way of getting to the people who are pretty much poking their nose into her personal life. 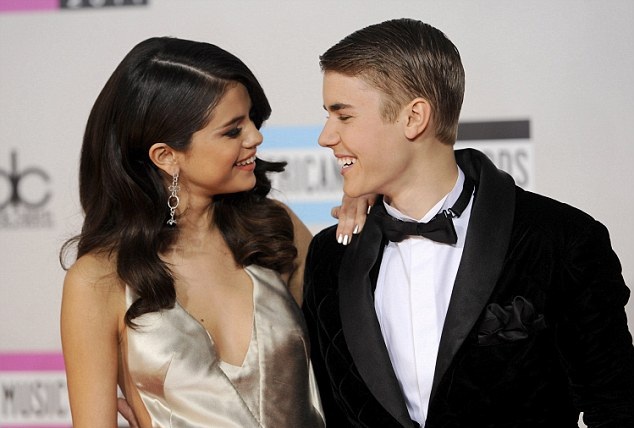 While we are all very curious to know what was whispered in Gomez’s ear, 68-year-old Murray claims that he does not remember. “I don’t remember what I said,” quipped Murray, “I was trying to keep her at ease. I really like her. I mean, you still can’t tell me who the hell ‘Selena Gomez’ is—but Gomez… I really like,” he continued. 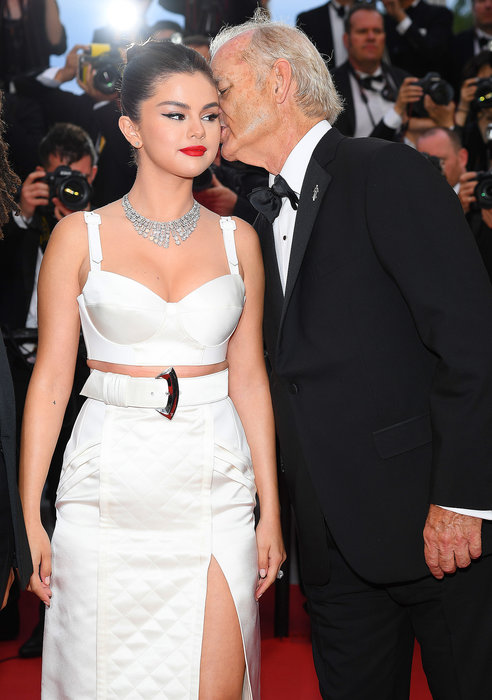 Amala Paul Open Up to Nude Scene in Film ‘Aadai’