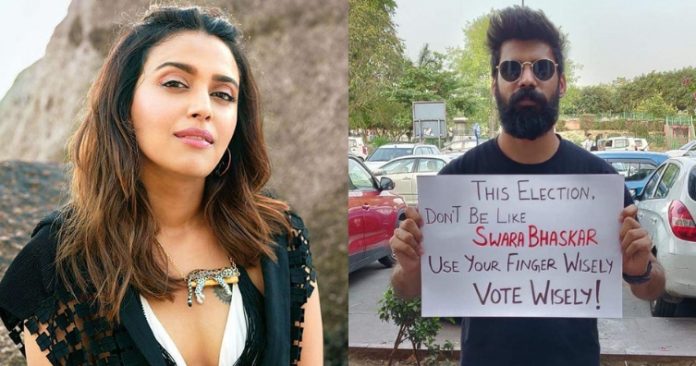 She posts the picture on the Twitter, to call them out for their misogynist comment. “Awwwwwww!!!!! My trolls are hard at work again, sweating it out in the heat to popularize my name. You guys are SO dedicated & sweet!!! Don’t mind the slut-shaming guys. Their imagination is a bit limited.. But loving the effort you two,” she wrote in a tweet. 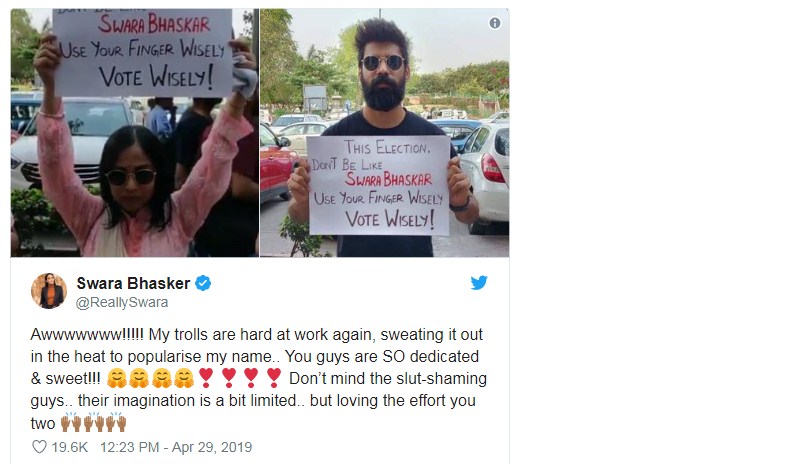 Swara Bhasker hits back on Trolling

Last year, Swara’s that particular scene from her film Veere Di Wedding went viral and was the subject of much discussion on Twitter. Trolls had slammed her for being “vulgar” and “disgusting” and that such acts were against “Indian culture”. Swara had laughed it off on social media with ironic tweets. Other actresses like her close friend and Veere Di Wedding co-star Sonam Kapoor defended her staunchly against the haters.

Sonam had said, “I think people just like to troll her because she has an opinion and a point of view and I guess that shows how much they love her because the other side of hate is always love, so Swara you have a lot of lovers!” she said in an interview.”

While once again, some says for gaining popularity, the couple comes up with the play card. Well many people on twitter trolled the couple for doing the cheap act. 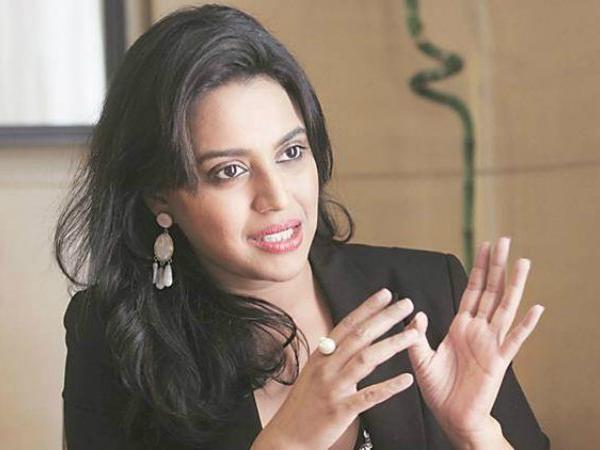 While talking about the scene and Swara Bhasker said that, the scene was a private in her room not in public. She had replied, “Sakshi was in her ‘private’ bedroom, not public. Empowering. In a culture that largely silences or ignores or shames female sexuality showing a girl acceptable herself in a film in a non judgmental way is empowering.”