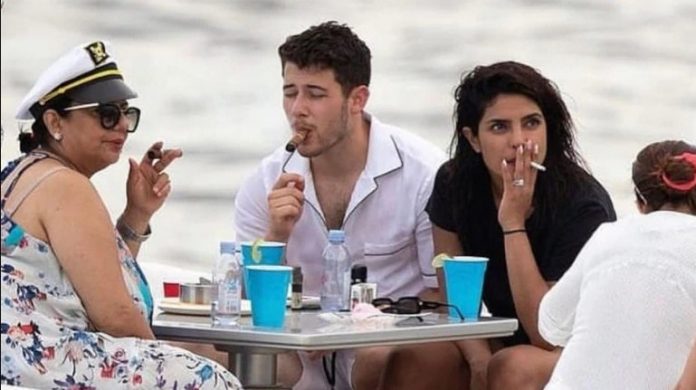 Well, it seems that celebrities’ personnel lives does not remained to per personnel or private. Every now and then celebrities trolled on social media for the private life act. So, it happened with Priyanka Chopra. The Bollywood queen Priyanka Chopra caught smoking with her husband Nick Jonas and as soon the picture hit the internet, she get trolled heavily. The actress has being slammed on social media for her ‘hypocrisy’ after pictures of her smoking on a yacht went viral. The trolls come after when on one occasion Priyanka said that she has “asthma.’

But soon, she found smoking with her husband and mother, fans and critics did not miss the chance. And started trolling her for the smoking, Priyanka seems to be enjoying her private life with husband and family but she celebrity. In a picture from her family vacation, which has now gone viral on social media, Priyanka can be seen smoking a cigarette. While, her mother Madhu Chopra and husband Nick Jonas can be seen enjoying a cigar on the yacht ride. 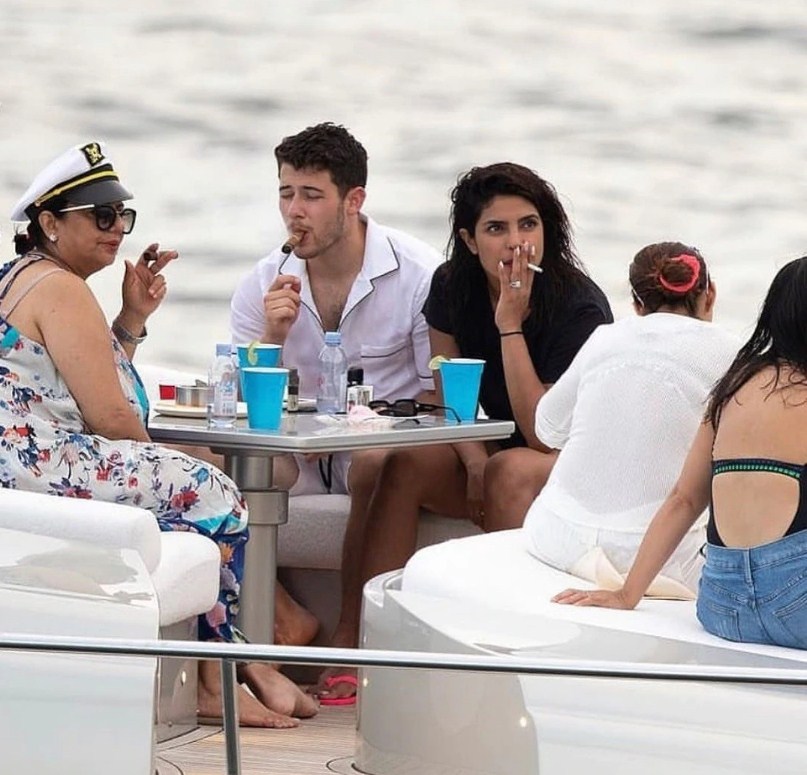 Earlier, for the unskilled, Priyanka had released a video last year, urging people to not burst crackers on Diwali. The actress, who is asthmatic, said in the clip, “Please meri saans ko berok rakhiye. Diwali pe patakho ko skip kijiye.” She added that the festival should be about “lights and laddoos and love, and not pollution”.

After that, netizens are criticizing the actor for being “hypocrite” and “fake”. Fans also dug out a tweet from 2010 in which the 37-year-old star wrote, “Smoking is awful!!! Yuck!!!”

A user called out the actor, by sharing her yacht ride picture and writing, “Hypocrite.” 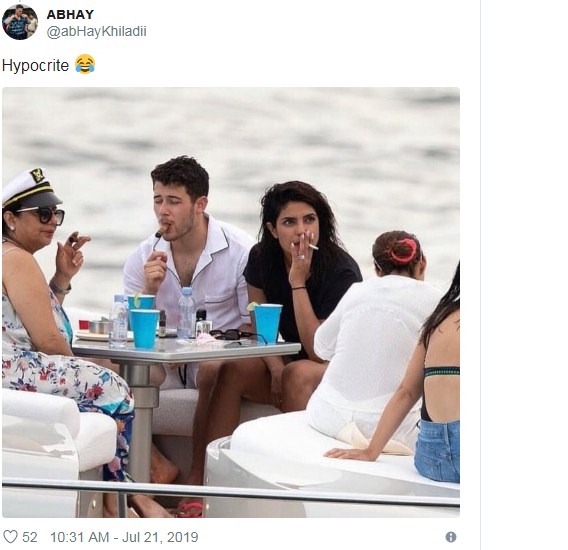 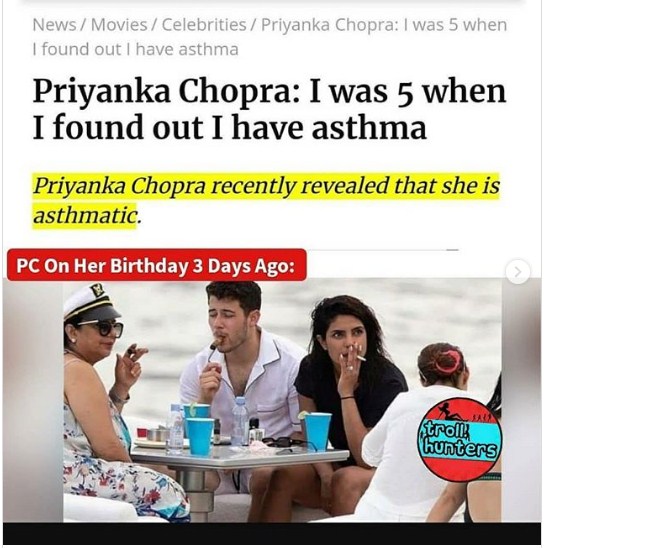 It’s not stopping here, other wrote, “It’s your life, It’s your choice but why this Hypocrisy,” along with a picture of her old tweet and her yacht ride photo where she can be seen smoking. 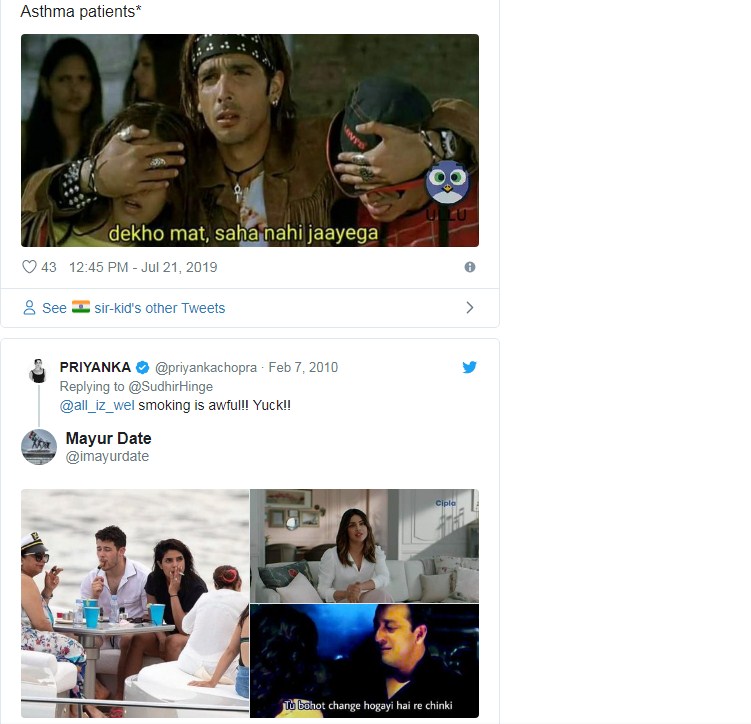 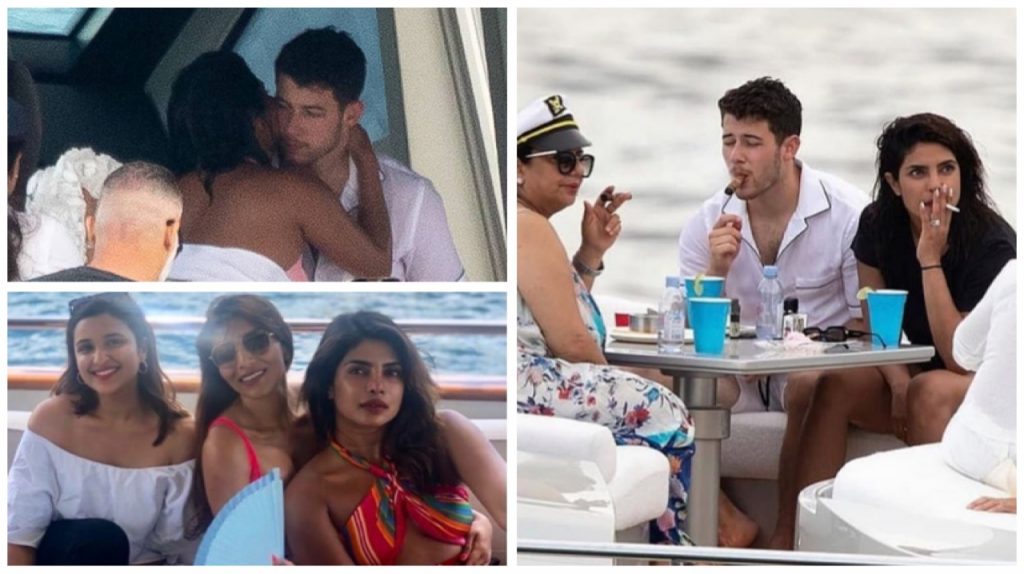 “The curious case of Priyanka Chopra Pic 1: When In Bollywood, Asthma campaign. Pic 2: When In Hollywood, Who’s got the weed,” another user wrote slamming the actor.