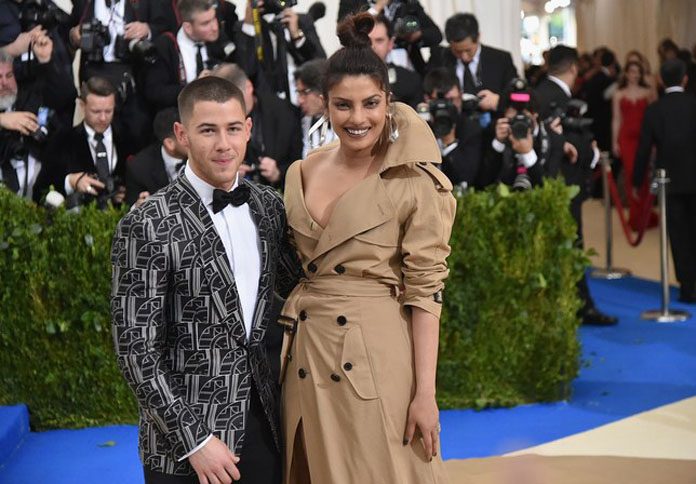 Priyanka Chopra and Nick Jonas recently tied their hands in marriage and we can not stop talking about it. The couple looks super cute and our hearts just melt when we see the two of them together!

Their journey started in 2017 when the two of them were seen together at the Met Gala. Rumors started building up and speculation was going on since then. The summer that followed saw a blooming love, passion, and romance between the two. Seems like the two had a blast at the event which made them hang out more often. Soon after Sophie Turner and Joe Jonas’s wedding, their relationship grew stronger and the two started doing “couple-things” together.

Love in the Air

“They were very affectionate with each other and seemed to not care who saw,” a source told People magazine.  From attending functions to watching games together, spending starry nights on the yacht with friends and cuddling under the blanket. Everything they do is adorable. The rumors were confirmed when Jonas posted a photo of Priyanka having some burgers with friends. I mean, could you ask for a cuter boyfriend? Finally, both introduced each other to their families and we knew that this was not just a fun romance, but true love. “Nick has basically been living in Priyanka’s New York City apartment with her and they spend a lot of time together. The next step is him permanently moving in, and it has been a discussion.” A source told E! News.

Giving the bond a name forever

After realizing that the two are meant for each other and being in a happy relationship for one year, the couple decided to strengthen this bond and join hands in marriage. The heartthrob Nick rented a whole Tiffany Store to pick out the perfect ring for his soulmate.

Love calls for a celebration

And finally, we saw both of them hand in hand with each other in Mumbai at their engagement! That smile on Priyanka’s face and that look in Nick Jonas’ sparkly eyes truly reveals how special and pure their love is for each other. They also threw a grand Roka party which saw the footfall of quite a lot of celebrities who came together to wish the couple good luck.

Our Desi girl has been love struck by the charming Nick Jonas and we couldn’t be happier for her! We wish them both the best for their journey ahead!