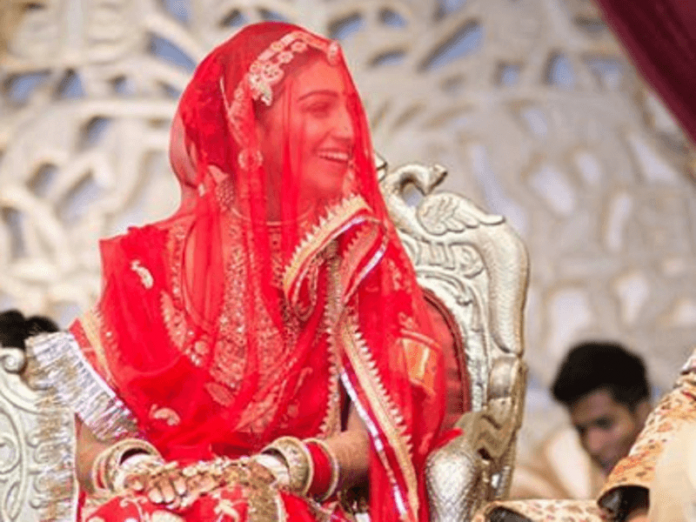 Mohena Kumari recently tied the wedding knot with Suyesh Rawat in a traditional Rajput ceremony in October last year, lately uploaded a family image on Instagram from her special day to wish her fans on New Year. However, some followers got distracted with her ghoonghat and questioned her for wearing one. Mohena Kumari befitting reply to one user who criticized her for wearing ghoongat is mouth shutting. 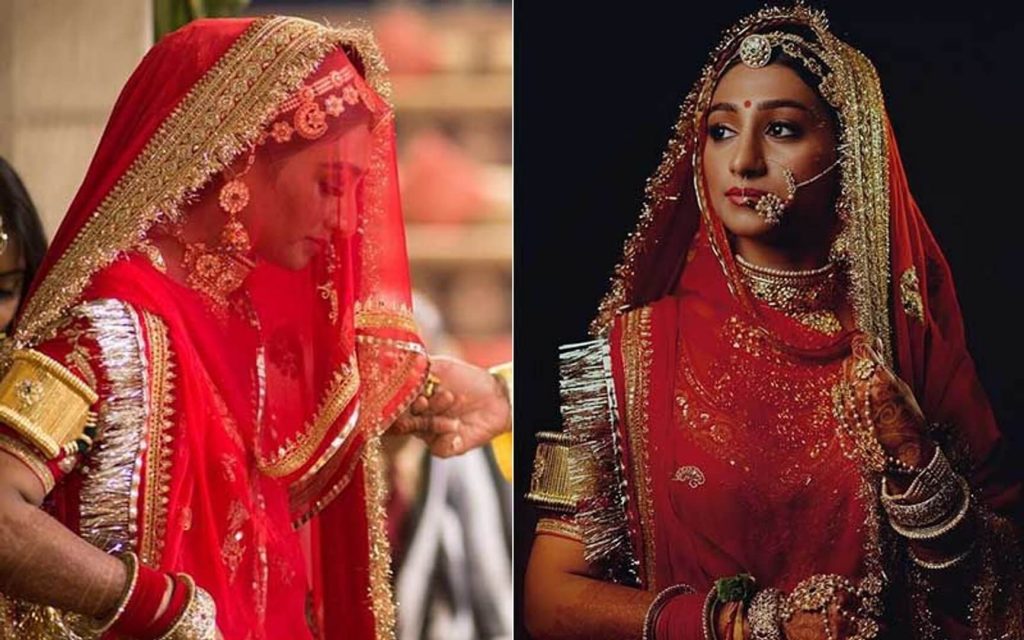 When a user wrote, “Why is your face under veil?” another one replied, “because these are people who follow the so called male dominated rituals. Even education doesn’t get them a brain.” This didn’t go down well with Mohena.

She lashed out at the two and wrote in the same thread, “Even Christians have a veil when they marry…and so do Muslims…I guess they are all uneducated too! It’s an age old Rajput tradition which Rajput women follow when they get married. This was not forced upon me…I chose to do it.”

Lots of users jumped in to support Mohena, who further asked people to stop creating misunderstandings. She replied again to another user as: 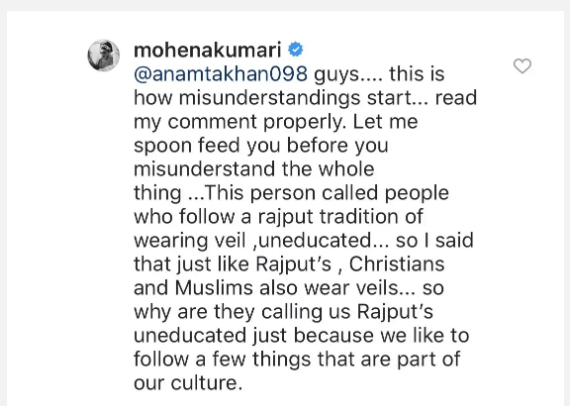