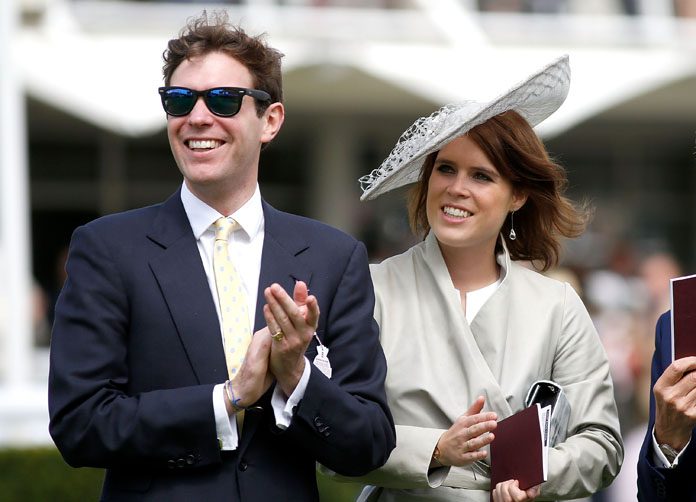 Princess Eugenie of York, the member of the British royal family, is all set to marry her longtime boyfriend. The UK brand ambassador of Casamigos Tequila, Mr. Jack Brooksbank will be on the aisle with the Princess next month! She is the second daughter of Prince Andrew Duke of York, and Sarah, the Duchess of York. She is the 9th in the line of primogeniture to the British throne next to her elder sister Beatrice.

The second royal wedding of the year 2018

The Princess was engaged in the month of January. The engagement took place in Nicaragua. The Duke of York, the father of Princess Eugenie, is thrilled with the engagement. The mother, Sarah tweeted ‘Total Joy!!’ with a series of pictures of the newly engaged couple.

Mr. Brooksbank’s parents said they were “completely over the moon.” Both the Queen and the Duke of Edinburgh are very much elated. They wished the couple lots of luck for the times ahead.

The couple is set to take the vows in St George’s Chapel at Windsor Castle, the same venue where The Duke and Duchess of Sussex tied the knot. The wedding is going to be plastic-free, in line with the Princess’ environmental stance.

With the royal families included, the wedding is for sure going to grab a lot of attention worldwide. A lot of Hollywood stars, models, and many other celebrities will also be attending the wedding.

The wedding dress is rumored to be designed by the British based designer. The dress is also supposed to made of environment-friendly materials and with no meringue shoulders. Princess may flaunt the York Tiara, on her big day which was worn as well as designed for her mother, Sarah Ferguson. The wedding ring will be made by Welsh gold as per the royal traditions while the other details are not disclosed.

People close to the bride and groom

When interviewed by the British Vogue, Princess announced that her maid of honor was going to be her elder sister Princess Beatrice. Prince George and Louis de Givenchy, the son of the JP Morgan banker Olivier de Givenchy will be the page boys. Princess Charlotte, Maud Windsor, the daughter of Lord Freddie along with Theodora Rose will be the flower girls. If the rumors are to be believed, the wedding may even be shown to the entire world. Get set for another Royal Wedding!