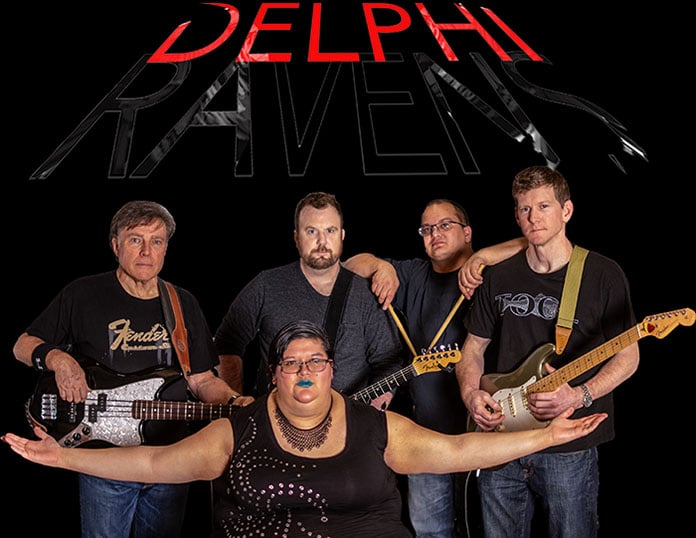 March 2021 – Delphi Ravens are a groundbreaking and genre-defying U.S. band.

Recently, Delphi Ravens dropped a brand new studio single titled How Wrong You Were. This is a quintessential modern, fusion-rock song with a lot of attitude, and you should be right into it, especially if you are a fan of influential artists such as Neil Young, Nirvana, and Alice In Chains, only to mention a few.

Delphi Ravens managed to strike gold with How Wrong You Were, as this new release combines fresh hooks with roaring guitar tones, a direct take on creativity. One of the most distinctive features about this release is indeed the contrast between the energetic instrumental parts and the powerful vocals.

It makes me think of legendary artists such as Elliott Smith, Fleetwood Mac, or Bright Eyes. The dualism between the hard-hitting wall of guitar and drums and the melodic vocals is truly endearing, giving the track a unique aesthetic edge.

The lyrics are quite personal as well, highlighting the band’s ability to create a blend of musical storytelling that really works wonder along with the melodies. The choruses are particularly amazing, especially when the singer approaches the “This is not my swan song” part. The vibrato in the vocals is phenomenal, and it truly lends a deeper intensity to this standout musical composition.

Do not miss out on How Wrong You Were !

You can listen to music from Delphi Ravens by visiting any of these links:

Kareena kapoor and others Got Drunk after Party

Kanye West Dances with Daughter Pretends Everything is Normal