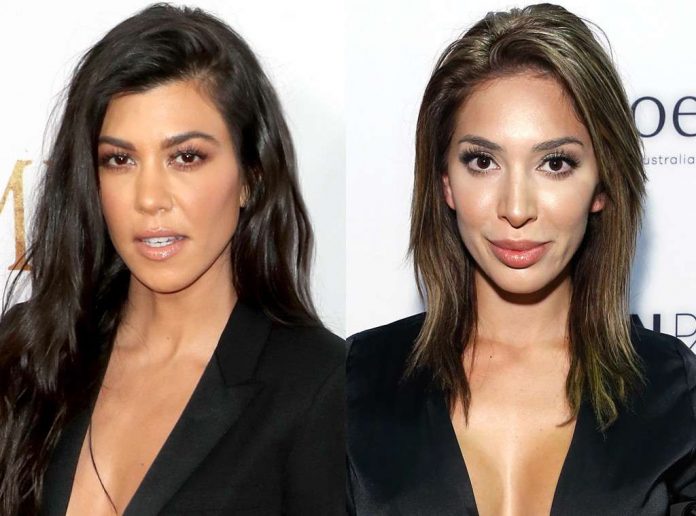 It seems some of models, actresses and reality TV stars find fascinating being posting naked or closed to naked picture on Social media. But another controversy started and this time it’s about Farrah Abraham nude Photo Scandal. The singer and reality star Farrah Abraham trolled for two reasons on social media. One being posing nude on social media and other copying Kourtney Kardashian.

After Farrah Abraham nude photo scandal revealed, she has got plenty of attention from haters after she posted a nude shot. Moreover that was clearly inspired by one Kourtney Kardashian posted on social media earlier this month.

Well it all started with Kourtney Kardashian, in order to launch her new brad, Kourtney pose a close to nude pick with cup of tea and MacBook. Not only had that she covered her head with white towel on a bathroom counter.

The question is how it happened, two weeks later, Abraham posted on her Instagram page a similar photo, showing her sitting naked on a bathroom sink style wearing a white towel on her head and holding a Macbook and a cupcake. 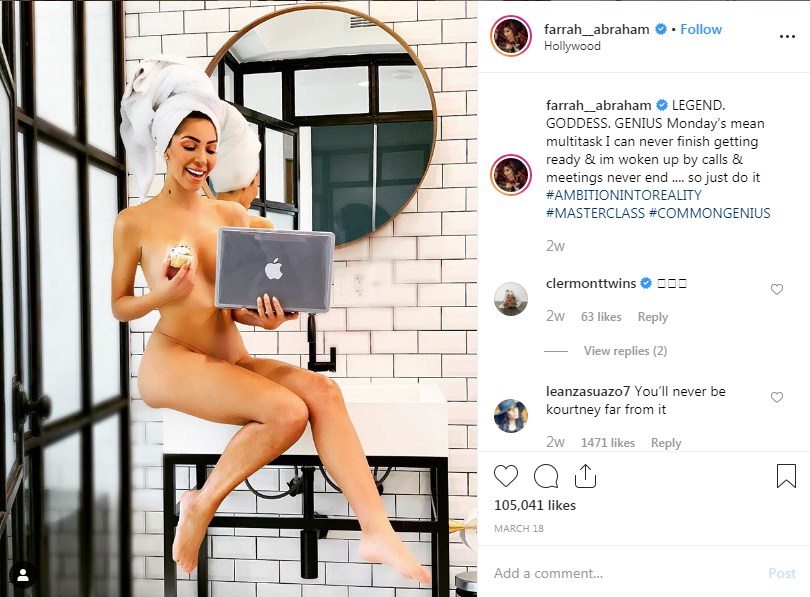 Now this was the starting time, users didn’t hold back with their accusations of ripping off Kourtney, with one commenting, “You’ll never be Kourtney loser.” On the other hand, Farrah denied all such things and allegation. And she laughs off, when she heard that, she copied Kourtney Kardashian. She said that she wanted to laugh, so she did it and initially sen tit to my friends and she posted on Insta.

Besides all the explanations given by the reality star Farrah Abraham on nude photo scandal, fans and other people they lashed on her. In one of tweet a fan said, ‘Kourtney did it first and it makes you look pathetic, jealous & insecure (per the usual),’ one user wrote.

‘This isn’t the 1st time you’ve copied something the Kardashians have done. Kourtney looks fabulous. You on the other hand … Nice airbrushing, Photoshop and filters.’ Others reminded Farrah in so many words that she was not a member of reality TV’s first family. 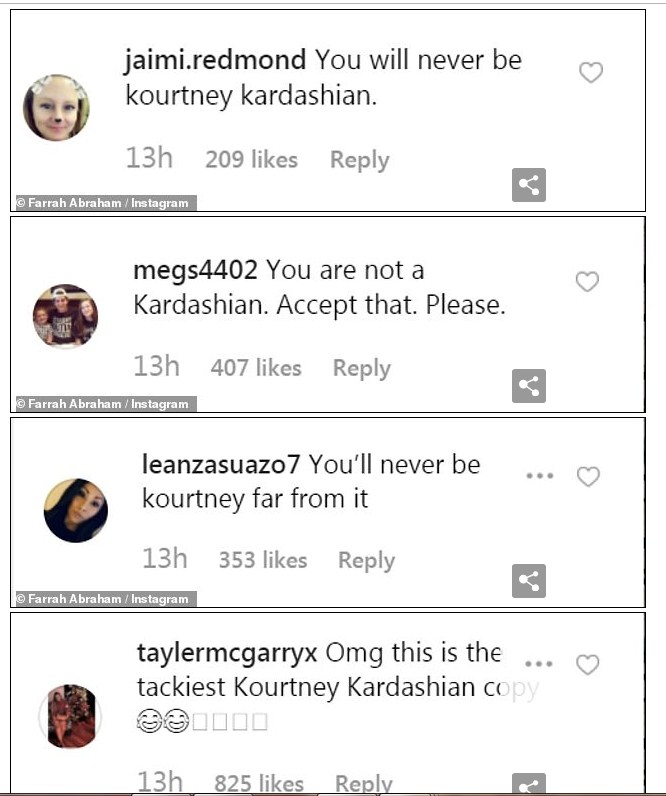 Hailey Baldwin! It’s Scary to be this Young and be Married