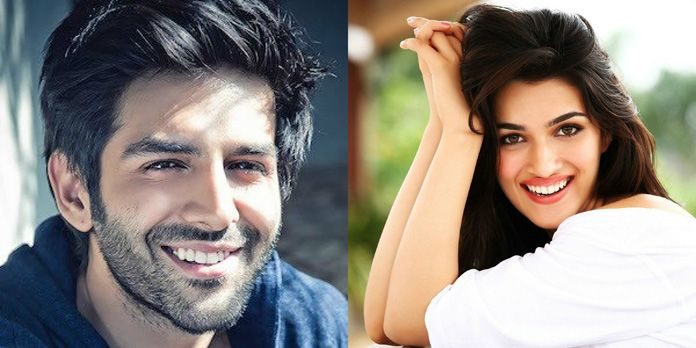 The Punchnama boy is back with yet another amazing. Kartik Aryan gained popularity with his debut film “Pyar Ka Punchnama.” He is all set to rock the theatres once again. After SKTKS, Kartik Aryan, the celebrity crush of almost half of the women population will be seen next in Luka Chupi.

He is paired with the very pretty Kriti Sanon. Kriti is quite excited about her next movie. Laxman Utekar will be directing the film. Laxman had been a part of some of the most successful Bollywood movies. He worked as a cinematographer in Dear Zindagi, English Vinglish, etc. Laxman is now trying his luck in direction.

Luka Chupi is a romantic comedy movie. Kartik Aryan and Kriti Sanon will be seen playing the main lead in the film. Kartik Aryan is playing the character of a journalist named Aryan. Meanwhile, Kriti is playing the role of a Mathura girl. Both the characters are opposite and unique from each other. The movie has been shot mostly in Gwalior. Some of the parts of the film were also shot in Agra. Both the actors always kept their fans updated about the movie by sharing random pictures from the sets. Fans are crushing over the pairing of Kartik Aryan and Kriti Sanon. The shooting has been wrapped up. The rumors about the film, however, indicate that film will not be any typical Bollywood romantic movie. It has got a unique plot.

When Will Luka Chupi Hit The Theatre?

The shooting of the film is over. Now. The crew is all set to start with the process further. The good news is that Luka Chupi is likely to hit theatres in February or March in 2019. The entire crew is hoping to welcome a huge amount of audience. The wait is not too long now!

Both the actors were quite updated on to their Instagram account and posted regular updates of the movie. Kartik used to post videos about the on-set fun of the actors. Gwalior is the hometown of Kartik, that’s one of the reasons he is way too excited for the movie. Both Kartik and Kriti posted an image of them celebrating the wrap up of the film. The caption was overwhelming.

We wish them all the best for Luka Chuppi. We hope that it breaks all records of the Box office.

When Does Luka Chupi Hit Theatres?