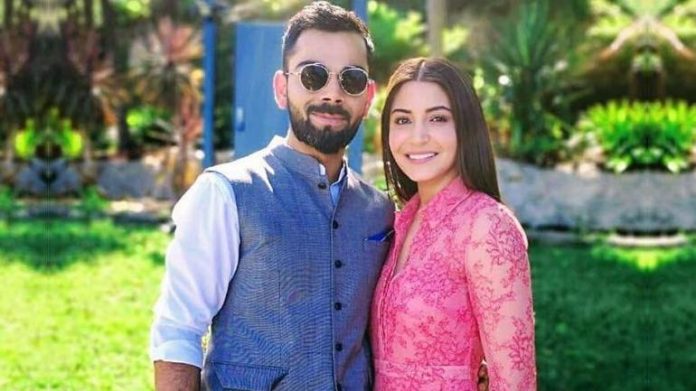 It’s been two years since the couple tied the knot in Italy. Virat Kohli and Anushka Sharma are quite open in sharing the memories with their fans. One such memory is shared by the star cricketer when Virat Kohli revealed first interaction with Anushka Sharma on the set of a shampoo ad. 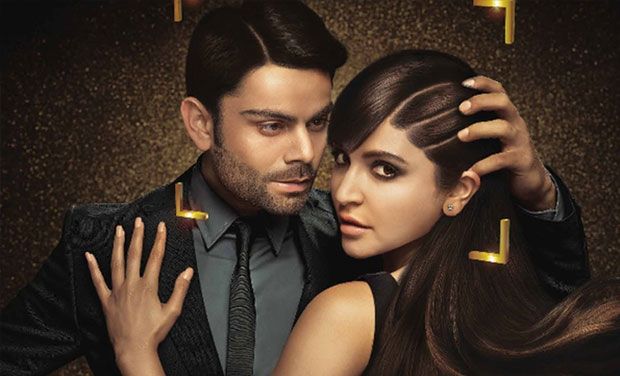 In an interview with Graham Bensinger’s talk show named In Depth with Graham Bensinger, Virat talked about how his first meeting with Anushka Sharma went on the sets of the shampoo advertisement back then. Kohli told that he actually cracked a joke about her heels to overcome nervousness.

“We met at an ad shoot for a shampoo brand. I remember my manager informed me that ‘you have a brand up next’. I was delighted to be a part of it. But when I came to know who is it with? I was like ‘are you kidding? It was with Anushka Sharma. I started worrying about how am I going to fit in the scene like that of a professional actor? I am going to look like a jerk. I have no idea how to do this. My manager comforted me saying, ‘It is a nice script. It will be a fun’, Kohli told on the show. 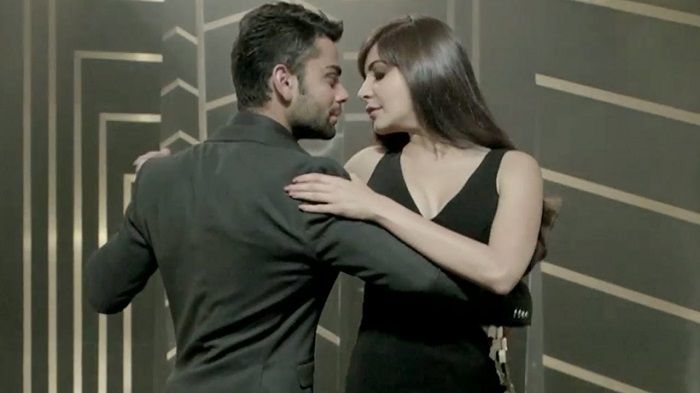 Speaking of his first interaction with Anushka Sharma, Kohli said, “The first time I met her, I cracked a joke deliberately. That’s because  I was nervous and that’s the reason I cracked the joke because I had no clue how to start talking or what to do. Before meeting her, I was standing on set all tense and worried. I believed I was being funny. I just said something which wasn’t presumably the right thing to say. She is tall as well and she was informed that I am not 6 feet or extra and ‘you must not wear high heels or anything’. She stepped in and was looking taller than me. I said, ‘Don’t you have a higher pair of heels than these?’ She was like, ‘Excuse me?’, I said, ‘I am just kidding!’ My fun actually became an awkward moment for me. I acted like a silly, to be honest,” Virat Kohli, who dated Anushka for 4 years before marrying her in 2017, said. 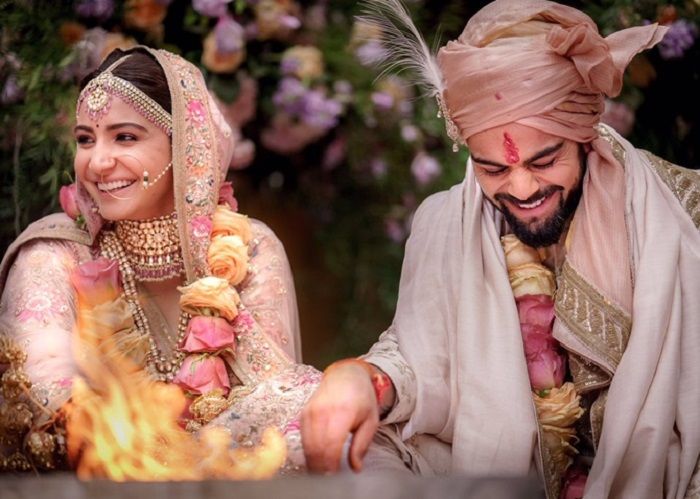 Anushka Sharma, who was 29-year-old then, wedded captain of the Indian cricket team Virat Kohli at Borgo Finocchieto in Italy’s Tuscany in 2017. 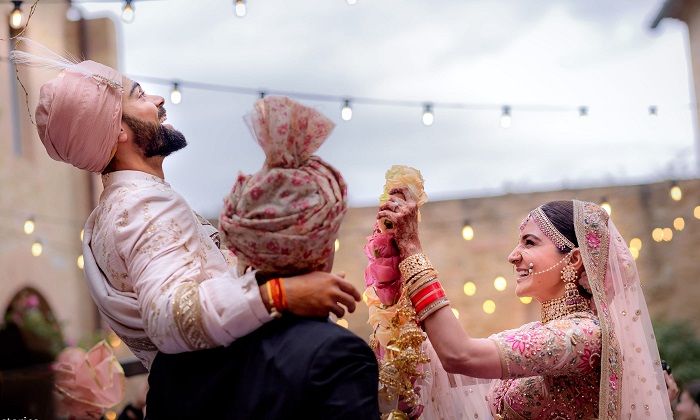 Kartik Aaryan and Sara Ali Khan at the Pataudi Palace