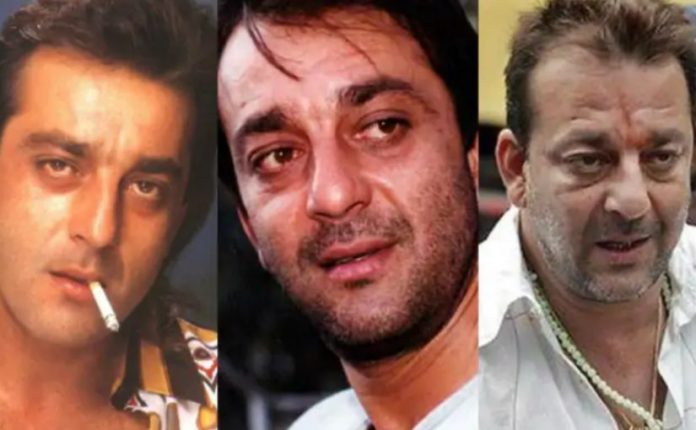 The former bad boy of Bollywood, Sanjay Dutt turns 60. And Bollywood and fans speaks their heart out on the birthday of Sanju Baba. Sanjay Dutt, who is considered to be one of the most exceptional actors in Bollywood turns 60 years old. In a career spanning over three decades, Dutt has played a number of memorable characters in Indian cinema.

The versatile actor Sanjay Dutt who has portrayed some iconic roles on the silver screen is celebrating his 60th birthday today. May it be Munna Bhai from ‘Munna Bhai MBBS’, Raghu from ‘Vaastav’, Kancha Cheena from ‘Agneepath’ or Aman from ‘Saajan’, the actor has essayed many such unforgettable characters. 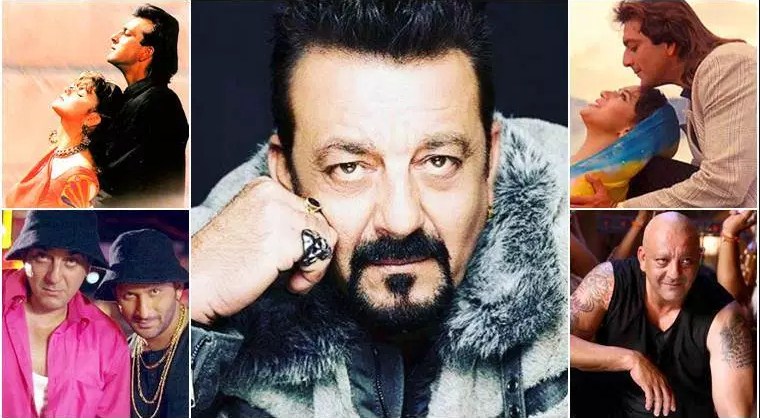 On his birthday, Bollywood stars have wished him the heartiest birthday. The most adorable birthday greeting came from Salman Khan, who shares a very close bond with the Vaastav actor. Salman Khan share’s throwback picture, which features both the actors, Salman Khan captioned it: “Happy birthday, baba.” 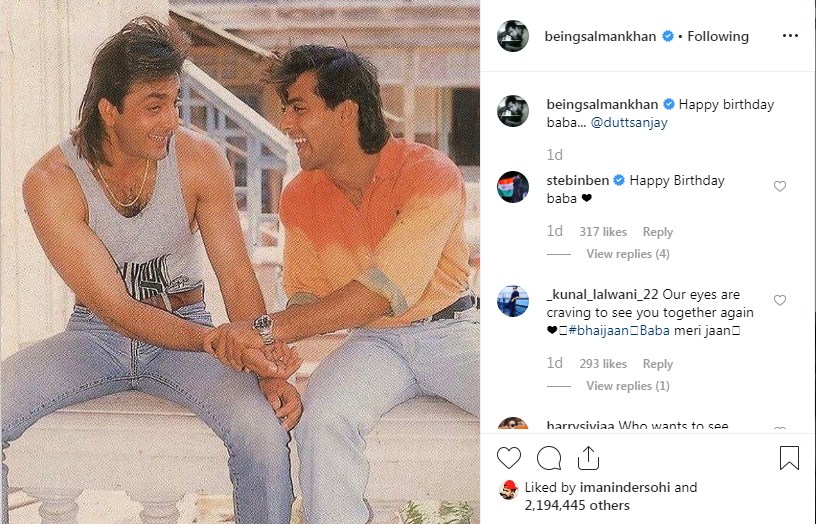 Other Bollywood celebrities such as Aditi Rao Hydari, Anil Kapoor and Farhan Akhtar also made Sanjay Dutt’s day extra special by wishing him on social media. “Happy birthday to everyone’s favourite baba Sanjay Dutt… Here’s to a year filled with your favourite people and things. PS – I’m coming for my next champi, a Jadoo ki jhappi and some cake #BhoomiNostalgia”, wrote Aditi Rao Hydari while Anil Kapoor tweeted: “Oh, to be young and full of vigor! Happy Birthday, Sanjay Dutt! Welcome to the 60’s club! #notoldjustclassic…Wish you all the happiness, love and success!” 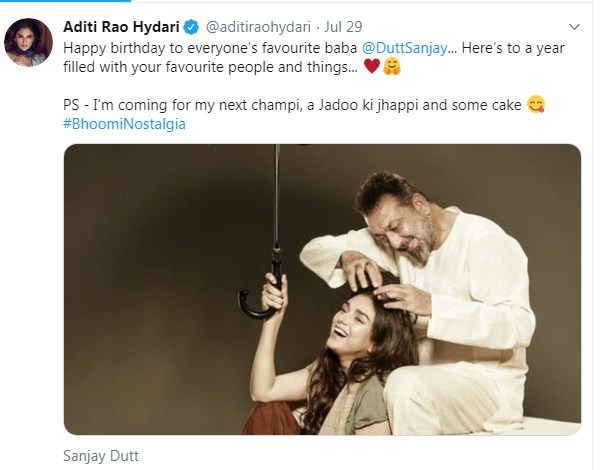 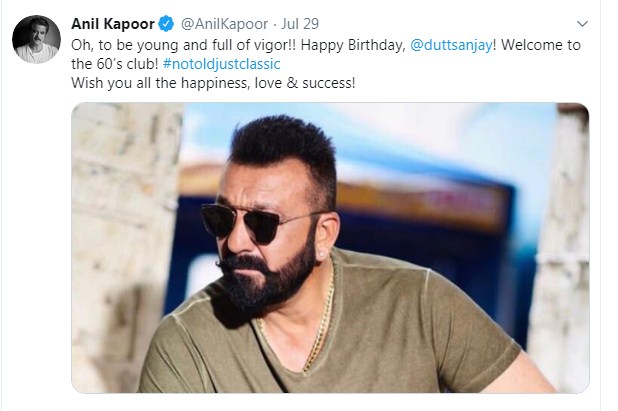 Farhan Akhtar shared the first look of Sanjay Dutt’s film K.G.F Chapter 2 and wrote: “I remember, as a kid, watching him shoot for his debut film ‘Rocky’ on bandstand and all these years later we’re finally collaborating on something special. Here’s presenting Sanjay Dutt as Adheera from #KGFChapter2. And here’s also wishing him a happy birthday. Big hug.” 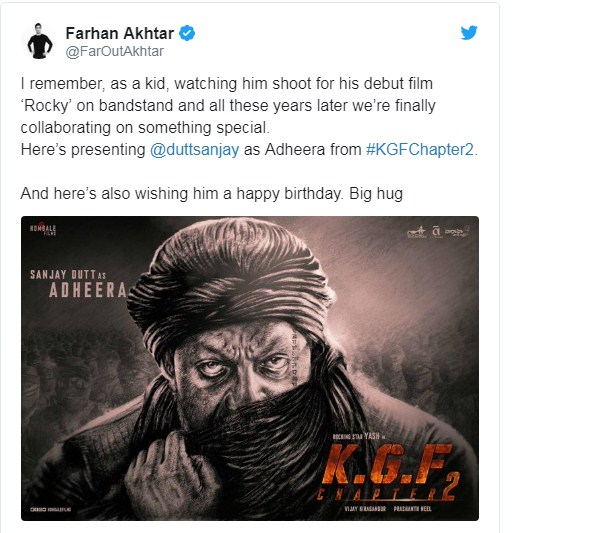 Malaika Arora and Arjun Kapoor to tie the knot in April?