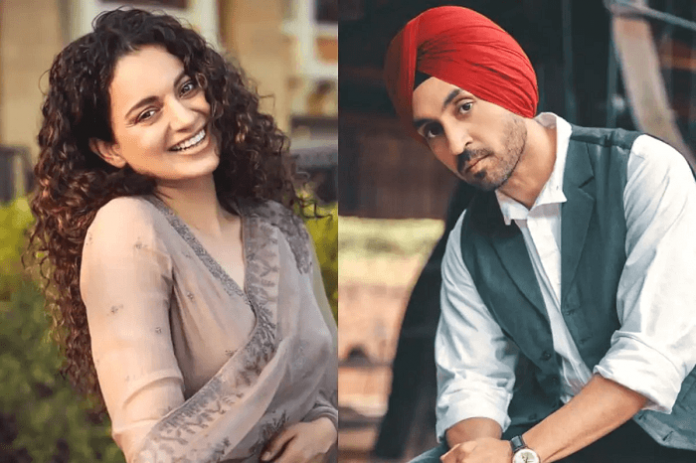 There is nothing new that Kangana Ranaut, renowned for outstanding acting but more so for her outspoken, mostly misinformed opinions, has ended up in an awkward situation for the Bollywood fans to notice yet again. That’s what happens when you’re occupied by prejudice and intolerance. Intruding with the farmer’s protests currently taking place in India, the drama queen found herself in an ugly dispute on social media. This time, Kangana Ranaut and Diljit Singh are the rival parties.

Kangana who is in troubled waters passed a sarcastic comment on the aged farmer lady at the protest, proclaiming her a woman available for Rs100, in a tweet that has since been removed. 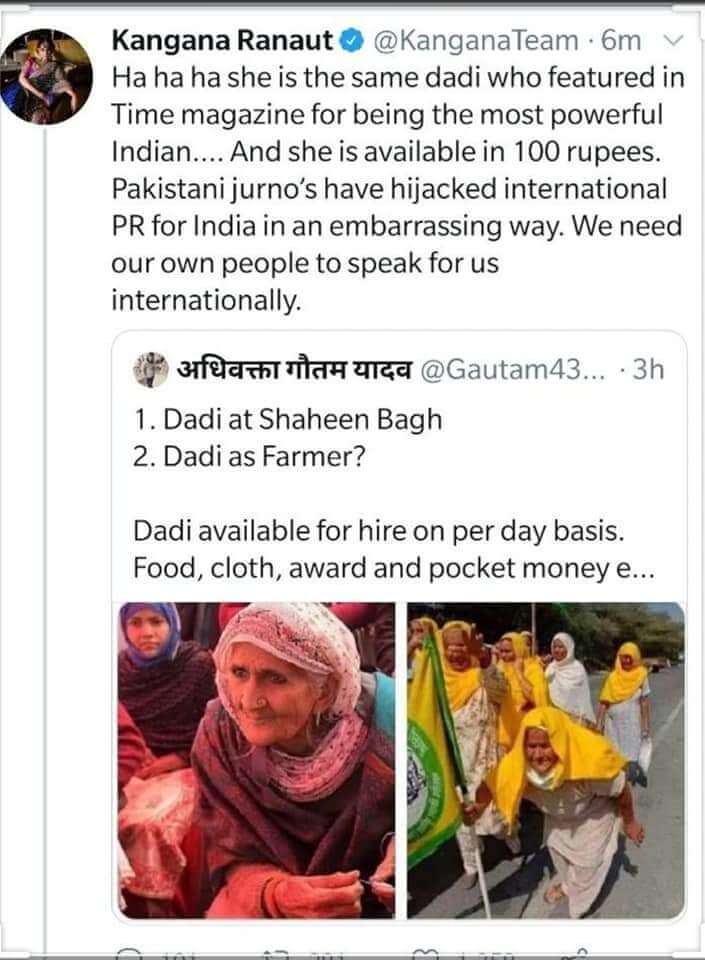 “Ha ha ha, she is the same dadi who was featured in Time Magazine for being the most powerful Indian and she is available in 100 Rs. Pakistan’s journos have hijacked international PR for India in an embarrassing way. We need our own people to speak for us internationally,” she posted.

Though, it was soon deleted after Diljit explained to her that the two women were in fact, not the same.

The 82-year-old Bilkis Bano, popularly known as Shaheen Bagh dadi, was earlier part of the farmers’ protest against the three-farm bills. Misidentified by Ranaut now was 73-year-old Mohinder Kaur, who shut down all claims of being borrowed for any political interest.

The report did not sit well with the actress, who then resorted to private punches at Dosanjh, declaring him a “paltu” pet for famous Bollywood director Karan Johar.

Giving her a befitting reply, Dosanjh asked if she too was a pet of every director she worked with, continuing to call Kangana a cunning hate-monger.

Diljit then went on to recall her that the country was not hers alone and if anything, she should be talking of uniting the country rather than dividing it.

Speaking in support of Diljit was Mika Singh, who asked for an apology from Ranaut for the insolence.

I used to have immense respect for @KanganaTeam, I even tweeted in support when her office was demolished. I now think I was wrong, Kangana being a woman you should show the old lady some respect. If you have any ettiquete then apologise. Shame on you.. pic.twitter.com/FqKzE4mLjp

Ammy Virk too shared a meme in support.

“Take the power back”, Lady Gaga on Sexual Assault!

Priyanka Chopra to Play Indian Bioterrorist in Next Film