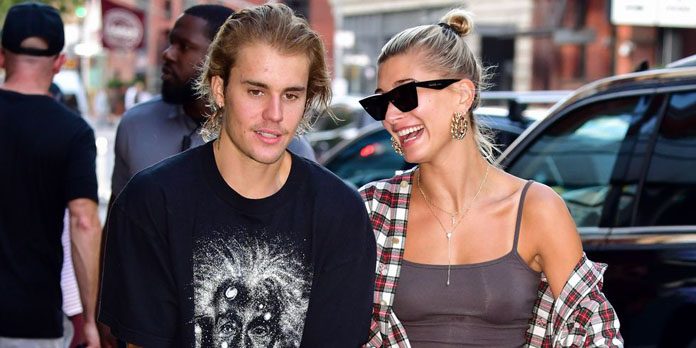 The buzz about Justin Bieber and Hailey Baldwin wedding is all over the social media these days. The news went viral when the couple was recently seen at the marriage license courthouse. The rumor about Justin and Hailey being already wed was also heard. But, all these rumors were acclaimed to be false later. However, their visit to the marriage license courthouse made us all very curious to know the story behind.

TMZ recently published a picture of the pop star Justin Bieber and Hailey Baldwin entering a marriage courthouse. This news about Justin and Hailey’s marriage has gone viral on another level. Hailey decided to open up to media about it. Her recent tweet confirmed that the two are not married yet.

However, there was no denial regarding the visit to the courthouse. Justin was even seen getting emotional about getting married to Hailey. An insider source also reported, “They’re going to have a big blowout, in front of God and everyone they love.”

Both of them visited the marriage courthouse on the 13th of September. Hence, it is confirmed news indeed that the two are going to have wedding bells ringing for them soon!

When Are They Getting Married?

Neither of the two stars has announced any date for their D-day. However, it will be a yet another surprise for us. When asked by a reporter about her marriage, Hailey says it would probably happen sometime in 2019.

Her close connections, however, had a different story altogether. They revealed that Justin and Hailey might get married next week. Also, the marriage license in New York is only valid for 60 days, i.e., two months. So, if they have already attained a marriage license, they will probably get married within the next two months.

How and Where Will the Marriage Take Place?

The wedding is said to happen in Canada. The guest list will only have the closest friends and family in it. However, an after-marriage blow-out will probably happen for everybody else later. Hailey has even short-listed the designer she wants to get her wedding dress designed from. The name of the designer remains a secret, just like the other details! Hailey also confirms that she wants her wedding to take place in a woodsy venue.

Hailey and Justin were engaged back in July and made the news public two days after their engagement. Let us now watch out for the next big news of happiness for the two stars.

Do You Dare Enough to watch Black Mirror! Season 5

Robert Downey Jr Reveals that He Was ‘Blinded’ by Iron Man Suit in First...