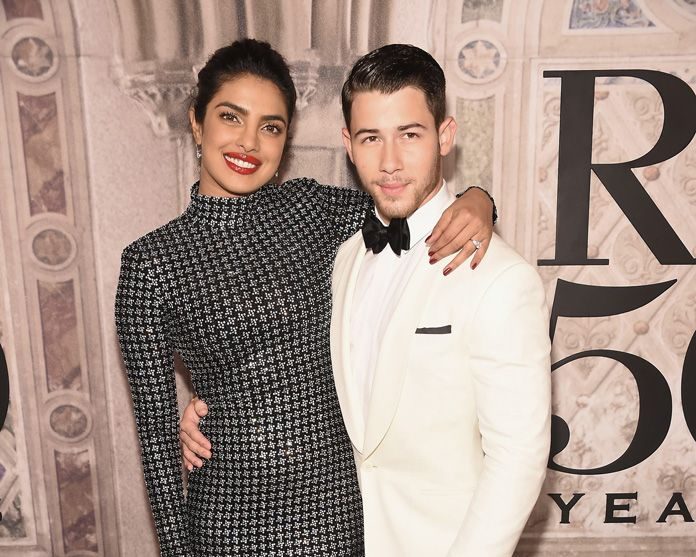 Lately, we have all been crushing over the Priyanka Chopra and Nick Jonas. These two are giving out major couple goals. They are more of 10/10 couple. Priyanka and Nick are keeping a great balance in the professional and personal life. They both are touching extreme heights of success in their particular field. They are an ideal couple in precise terms. Nick Jonas recently turned 26, and his lady love made sure to make his birthday special. She was all ready to shower her fiancé with a bunch of surprises. Whatever she did, just made all the fans admire them even more!

What did she do?

Well, Priyanka planned an entire week full of celebration and surprises. She was all set with a great romantic birthday week plan. They both decided to celebrate the special day with friends and family in California. They had a fun time having dinner and celebrating Nick’s birthday. But, it doesn’t end here.

The lovely couple was seen having a fun time at the Los Angeles Angels’ game. Nick even did some bat swinging practice before the match. Nick Jonas was seen performing in the post-game show. The two had a really fun time celebrating the special day. We must say Priyanka is such a lovely fiancé. Well, this isn’t all, there is more to the list. The couple was seen spending the romantic evening around places. Mexico is one of the places they were spotted at.

Taking over the Social Media

Well, no birthday is complete without a social media post. Social media posts have become mandatory these days. One of the reasons could be the fans out there waiting to know about the celebrations. Well, Priyanka made an extremely sweet social media post too. She posted a picture of the both of them where Priyanka is seen giving a peck on Nick’s cheek. She captioned it “Happy birthday baby <3 “. The post made all the hearts melt instantly. Everybody was going ‘aww’ over the pretty picture. This sweet gesture of her truly explains her love for Nick Jonas.

The two made their relationship official in August by posting a picture of their “Roka Ceremony.” Since then, they have been melting a million of hearts. Priyanka Chopra and Nick Jonas are made for each other. They look stunning together. Whatever we observe on the social media handles of both the stars explains their love and respect for each other.

Deepika Padukone on suffering from Depression! Her Fight

Malaika Arora opens up about divorcing Arbaaz and dating