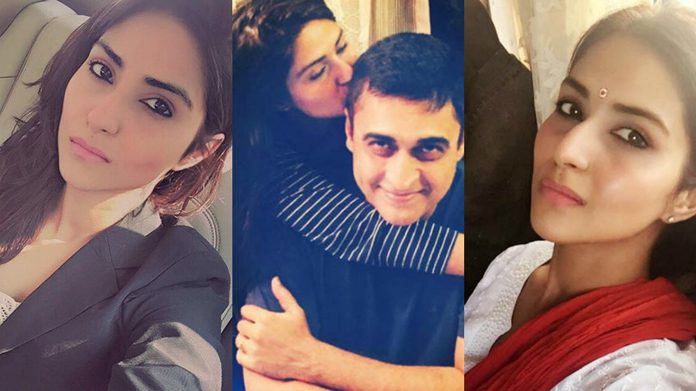 Can you hear people talking about the new girl?  Yes… that’s none other than the granddaughter of beautiful Nutan Bahl.

According to the sources, Salman Khan announced that newcomers would be welcomed for his new venture. Initial talks were to finalize on Zaheer Iqbal as the female lead of the film.

However, there was a change in this decision when the director of the movie happened to look at this beautiful, innocent face of Pranutan Bahl. Pranutan is the daughter of Mohnish Bahl and granddaughter of a legend herself Nutan Bahl. The young girl has now been finalized for the upcoming grand movie which would be directed by Nitin Kakkar.

For Salman Khan, this has been an emotional moment since we all know Mohnish Bahl from the movie “Maine Pyar Kiya” (1989). They have been friends from even before they started working in the movie. Apparently, Salman Khan Calls Mohnish Bahl with love as ‘Monya.’ Salman Khan feels proud that he is launching his friend’s daughter (Pranutan Bahl) and says that she will do great work. He shows confidence because she belongs to such a great legacy. The movie will be on the floor later this month and would be entirely shot in Kashmir, Ashwin Varde and Khetani.

How she bagged an amazing role for the movie

As the sources are to be believed, the Director auditioned almost 100 new faces and was not satisfied for what he was looking for. The qualities and the auditions were not compatible enough. Then one day, he randomly got to see the pictures of Pranutan on the internet. Later he and the producers shared the images of her with Salman Khan (who is also producing the movie), and everyone was impressed with her. She seemed like a perfect girl for the role. After that, a meeting was held between everyone and they learned that she was interested in the movies. She auditioned for the role and bagged it.

Facts about the beautiful newcomer

Spellbinding enough that the alluring girl is not just a pretty face but also captures the title ‘Beauty with Brain.’ Yes, you read it right. She is a qualified lawyer and has been part of some of the internships in Mumbai which are considered the best. When asked about the role and how happy she is, she said she always knew that Bollywood Industry is the calling for her. She always had a dream of working in a movie which would satisfy her, and after reading the scripts and meeting the directors and the core team, she is very happy and excited to work on this project.