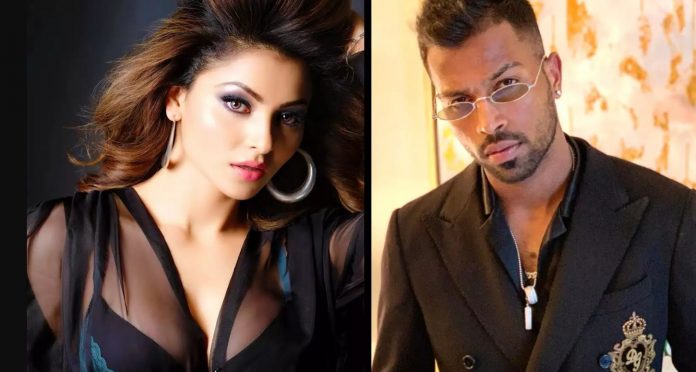 It appears that the patience is over, the actress Urvashi Rautela Asks the YouTube channels not to speculate about relationship. There are rumors on social media and YouTube about her relation with Indian cricketer Hardik Pandya. The actress has been being linked with cricketer Hardik Pandya, Urvashi Rautela has urged YouTube channels to stop speculating about her relationship status and uploading videos to tarnish her image. The actress, in an Instagram story, shared a screenshot of one such video and said that it affects her family.

The video claims that the actress has approached her “ex-boyfriend”, cricketer Hardik Pandya, for help. Last year, Urvashi and Hardik were spotted partying with each other. According to the reports, Many Hardik was spotted flirting with the Hate Story 4 actress at a party, where they had “eyes and ears for only each other.” 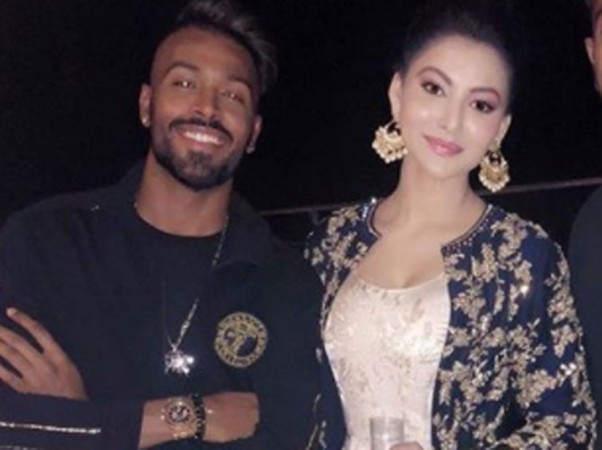 Well, she slams the reporting and call them falsified., she wrote, along with the screenshot of the video “I would humbly request respective media channels on YouTube to stop uploading such ridiculous videos as I have a family to answer and it creates problems for me.” It’s all started with speculation during the cricket world cup. According to media news, was messaging the cricketer and asking for free passes during the World Cup matches in England. 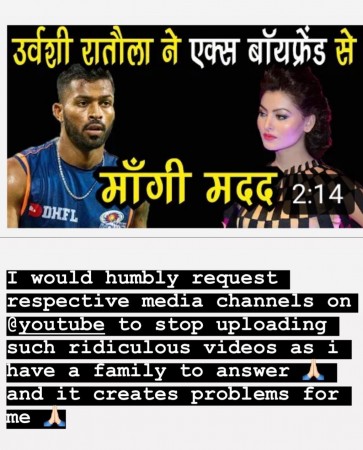 On the other hand, there is a gossip that it is not the first video. This is not the first time that Urvashi has made headlines for all the wrong reasons. She was earlier linked with Ahaan Panday after they were spotted together on various occasions.